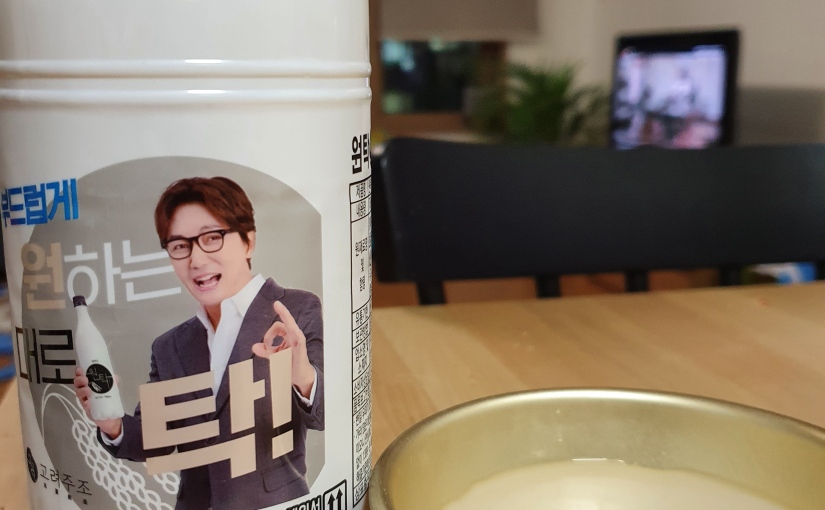 As you can see from the labelling Won Tak Makgeolli is closely associated with one-time K-Pop star Tak Jae-hoon, he of Country Kko Kko fame. It joins ‘Young Tak Makgeolli’ as one of a few rice wines trying to capitalize on the recent surge in popularity of ‘craft’ makgeolli. The drink itself is decent enough, it’s smooth without really tasting too much but it does have a slight sour aftertaste. It also has a slight carbonation.

Won Tak is made from chapsal, or “sticky”, rice instead of normal plain rice which in turn gives it that little smoother edge. It is made by the Goryeo Brewery in Cheongju and has the marketing tagline of “Do whatever you want”. The words Won Tak mean ‘Round Table’ in English…..and yeah I’m not exactly sure why it’s called that either. Goryeo are hoping that they can corner off a part of the younger market although quite why they then chose an older K-Pop star to spearhead the campaign was lost on me.