Cheonan is not exactly famous for too many things but it’s makgeolli is up there with some of the best. No trip to the satellite city is complete without returning with some of their local produce with the beautifully pink labelled Cheonan Makgeolli being both easy and essential to find. Allegedly made with bedrock water from Heuksoengsan, a local mountain in Cheonan,  it is a light and refreshing rice wine which is really easy to drink and if you drink one bottle you are more than likely to want 2 or 3, at least that’s the excuse I used for almost missing the train back to Seoul. Like most of the best makgeolli it is best consumed quickly after you buy it as it doesn’t have a long shelf-life.

Despite being so readily available in Cheonan itself you are going to struggle to find it outside of the city, with the vast majority of the 5000 bottles produced daily being consumed in Cheonan itself. I fully recommend going to the sprawling Jungang Market which has a fantastic selection of local food stalls as well as some little marts which sell everything your heart desires, which in my case was makgeolli!! At the food stalls you can eat everything from jeon (pancakes) to pretty much deep fried everything, all washed down with fantastic ‘Cheonan’. The ‘makgeolli hunt’ itself is a relatively simple one with Cheonan Station lying on Seoul’s Line 1 subway. If you have a few hours to spare and an empty rucksack or two it’s a good day out and if you are lucky you might even get to catch a football match going on at the Cheonan Football Center. 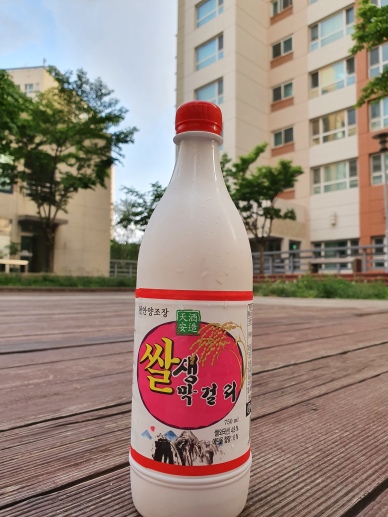