Often advertised on menus as ‘Jipyeong Makgeolli’, Yangpyeong Makgeolli seems to be regarded as the poor cousin to Jipyeong (see review here) despite being, in my opinion, every bit an equal if not better. The confusion seems to stem from Yangpyeong originally being sold under the name WonJipyeong Makgeolli (원지평 막걸리) which did in fact result in a trademark dispute and led to the renaming to Yangpyeong. It has a similar taste to Jipyeong although lacks that almost cinnamon aftertaste that makes Jipyeong so distinctive. It is also only 5% strength as opposed to the 6% of most other standard rice wines on the market.

Yangpyeong County (to give it its full Wikipedia name) is located in Gyeongi Province and is mainly well-known for the village of Jipyeong which was the site of a battle during the Korean War. The building in the photograph below is actually of the Korean War museum which I thought was a fitting place to drink this cold bottle on a particularly humid summer’s afternoon. It is brewed by the Wonji Pyongyang Brewing Co which also makes a Ginko berry makgeolli and the brewery itself is located near Jipyeong Station on the Gyeonghi-Jungang Line, although taking the subway would not be recommended as it can be a 2hr slog depending on the time of day. 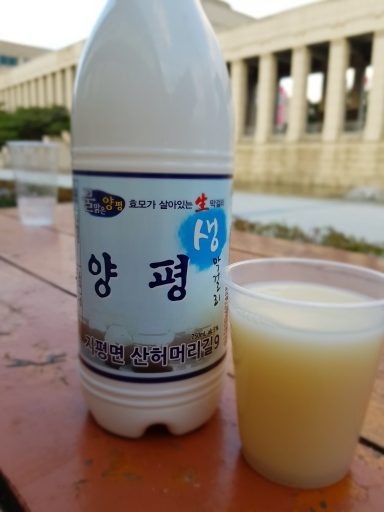 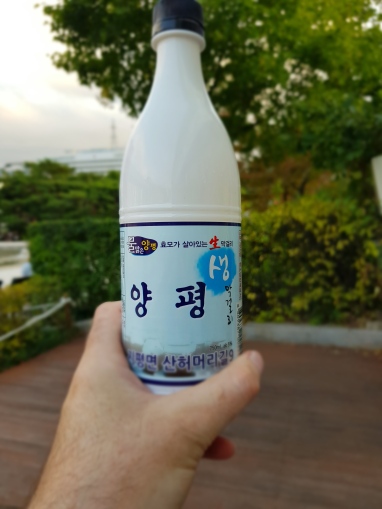