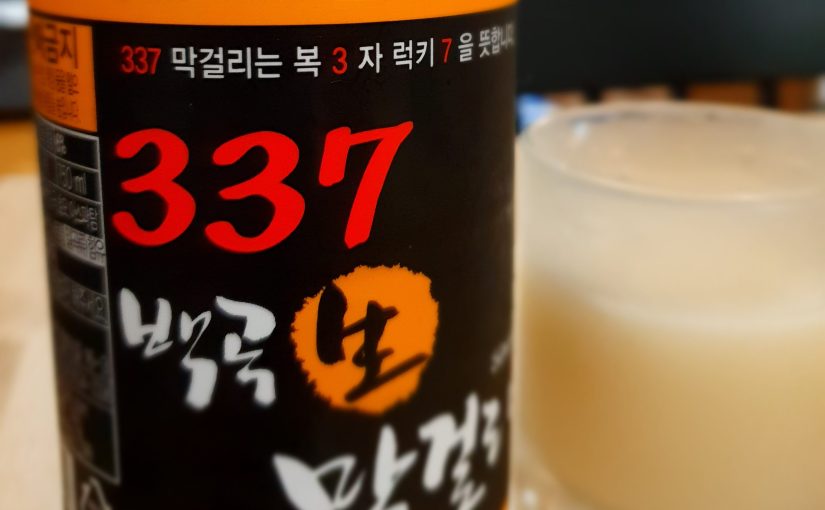 Made in Chungbok, 337 Baekgok Makgeolli, which gets it’s name from 3 meaning good luck and 7 meaning lucky and therefore making 337 the luckiest makgeolli around.  It is a very typical Chungbok rice wine, that’s not a negative by any means as the region is famous for producing some of, if not the, best makgeollis on the market and 337 is a decent enough effort. It is quite thin and has a little bitterness but nothing that pulls your jaws in a Gaedo (review here). It has a distinctive label with the red numbers set against the black meaning that it does almost jump out the fridge into your hand, obviously that’s how I explained it to the overly suspicious ajosshi that thought I was stealing it.

I have been wanting to try 337 for a while and it quite a surprise when I found it in a fridge in a random mart near Namhansangseon Station in Seongnam, I was there looking for some ginko (은행) makgeolli but the brewery was shut and so a hunt through the local marts was the only option. 337 is brewed in Jincheon which is a bit of a Mecca for makgeolli drinkers. Famous for it’s rice, and apparently watermelon, the surrounding area has produced more than it’s fair share of great makgeolli.