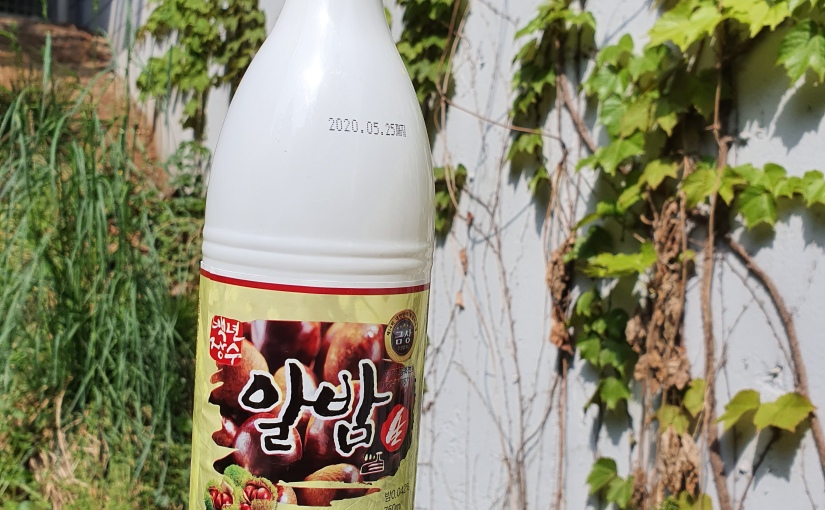 Made by the Baekryun Jangsoo brewery, this makgeolli is a little sweet and nutty and definitely full of flavour.  The rice wine itself is bright yellow and is made with 0.24% chestnut. It is a little watery though and could probably do with slightly more body to make it a little thicker. It is really refreshing and would be great on a hot day hiking in the woods although probably best to avoid any of those flying squirrels on Namsan.

The Baekryun brewery, which boasts 100 years of tradition,  is a well-respected and popular brewery, with their Albam Ju being one of the winners at 14th Makgeolli awards. I’ve had several chestnut makgeollis and it’s not difficult to see why this one would win awards as it definitely has more flavour than most others although this may not be from the most natural of sources. It is generally quite easy to find in most marts so you don’t need to go an a long hunt to find it. 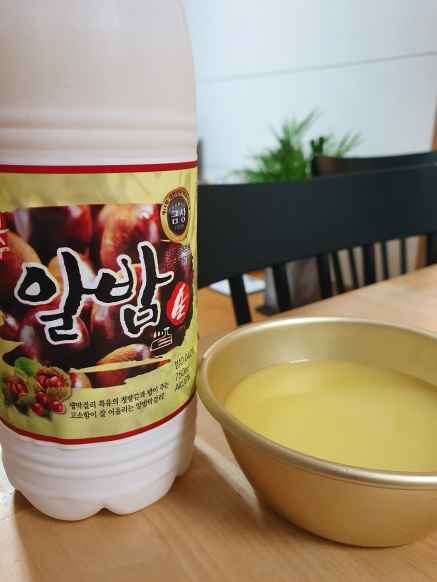