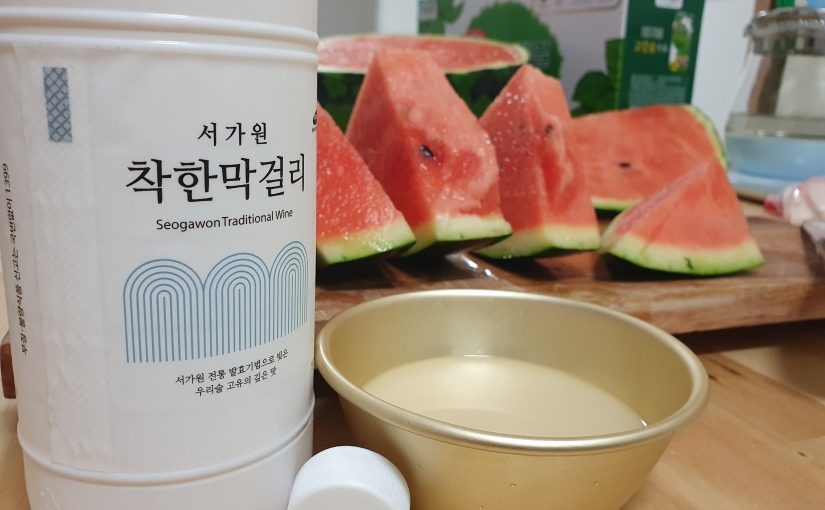 Made by the Seogawon Brewery, Chakhan, which means “kind” in Korean, is quite sour and bitter but yet there is still a slightly sweet aftertaste which was a bit of a surprise. It has quite a light and thin body which when coupled with that sweet and sour taste makes it really easy to gulp down and perfect for a warm day down the park watching sports. There is a slightly yellowish tinge to the drink which just like the sweet aftertaste I was not expecting.

The labeling on the bottle is incredibly simple almost to the point of being plain which actually betrays just how good it tastes and it would be easy to ignore in a fridge full of more elaborate designs. Speaking of the label I have no idea why the brewery has the Samsung logo on all their bottles. The brewery has been producing makgeolli and other traditional alcohols for over 30 years and was first widely recognized at the 1993 Daejeon Expo where it was selected as one of the official drinks. The area surrounding the brewery has several tourist spots which makes it the perfect location for a day trip…..or makgeolli hunt! 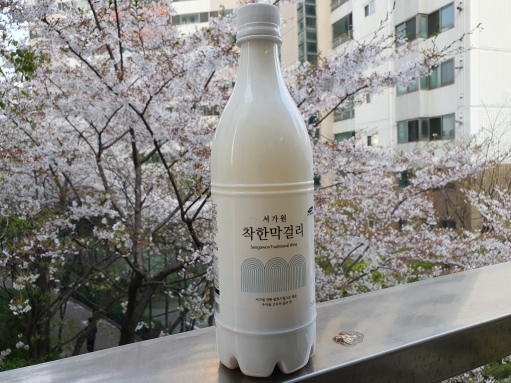 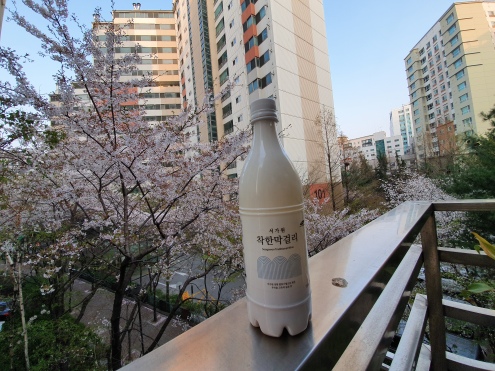