I had been eager to try Gimpo Gold for a long time, this was mainly because in the world of white and green bottles the unusual blue bottle had more than once caught my eye.  There was also the tagline of “Gold” which I, probably foolishly, still genuinely believe should be reserved for things in the higher end bracket of a product line, unfortunately that didn’t seem to have filtered through to Gimpo. It is overly sweet and added to the rather thin body it feels like you would be as well drinking a glass of sugary water rather than makgeolli, it’s safe to say I wasn’t a fan and would have been a tad annoyed had I paid a ‘golden’ price for it to be honest. But it is a beautiful bottle! 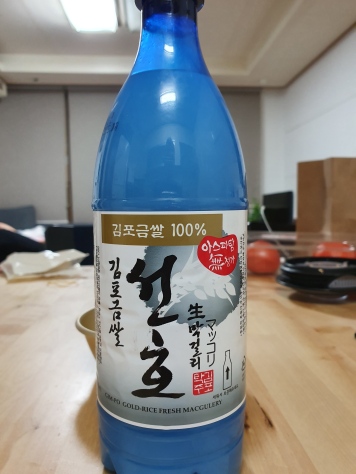 The “gold” in the name is a reference to the Gimpo plains around the Han River which, according to those who know about these things, are some of the most rich and fertile areas in Korea. The label has Japanese writing on it which may very well be aimed at the export market but has also resulted in some people referring to it as “sake rice wine”. It is quite highly carbonated so you need to be careful when opening it after the obligatory shake as it does tend to kind of explode on you. They have opted to go with more of a natural sweetener in place of Aspartame which is the only real positive I could find. 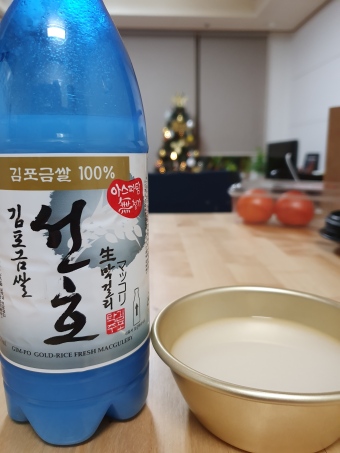