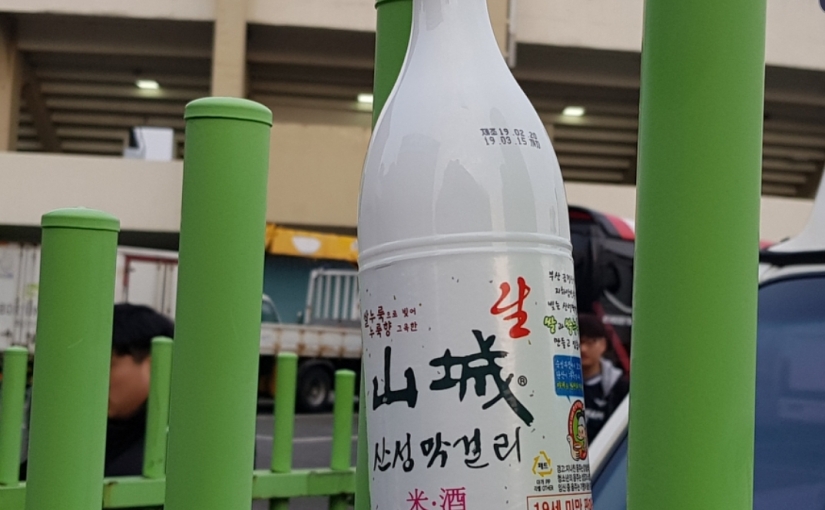 With it’s elaborate Chinese lettering label Dongrae San Seong Makgeolli is one of Busan’s lesser known rice wines, so much so that it took me almost six trips nine months apart to get my hands on another bottle. They tend to change their label design pretty often which can make it appear even more elusive. Like most Busan offerings it has a slightly sour/bitter taste and has more of a bite to it than it’s Seoul competitors. It has a shelf-life or around a month due to being non-pasteurized so make sure your calendar, or fridge, isn’t too full.

Despite being slightly on the sour side, Sanseong is a really easy makgeolli to drink, it’s light and refreshing and tends to get better sip on sip. Made by the Busan Sanseong Brewery, with it’s almost 100 yrs of history, it doesn’t feel the need to go down the all-too common road these days of claims of underground water lakes or rice sourced from a field that was planted by King Sejong himself. It’s simplicity, along with it’s 6%, is what makes it worth the effort to hunt down.