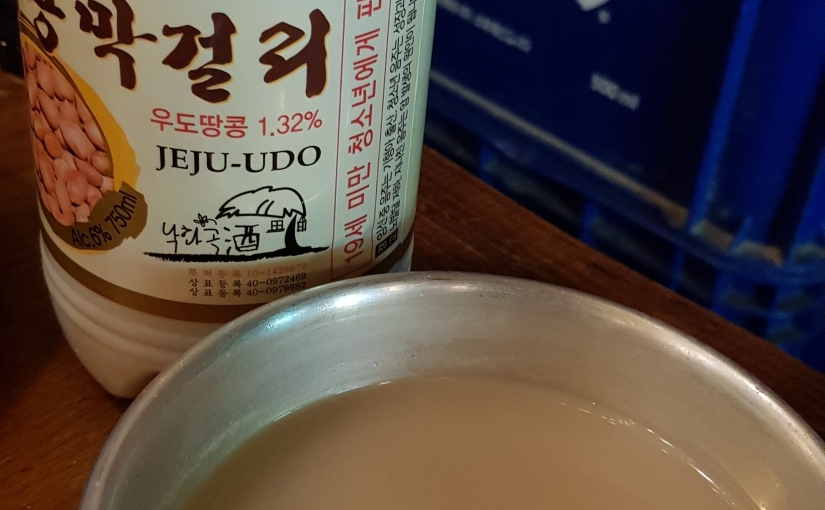 Hailing from Jeju’s Udo Island this peanut makgeolli is one of those types of drink that tastes better in your head than in reality. Jeju might be famous for producing great oranges, healthy mineral water and the best Soju around but it’s safe to say that this island product is not going to be winning any food and drink awards any time soon. Although it does taste exactly like peanuts it has an overpowering sweetness that brought memories of that sweet peanut candy my mother used to buy me to shut me up back in the 80s. 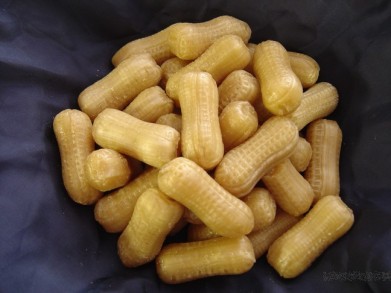 The makgeolli is slightly fizzier than most common options around and this can lead to it exploding out the bottle upon opening which is not too big of an problem given the aforementioned taste issues. It has a brown hue to it which comes from the almost 1.5% peanut ingredient. Udo is actually famous for its peanuts, among other things, but the brewing process of this particular offering didn’t do them justice and you would be much better off ordering a bottle of Jangsu and a bowl of nuts tbh.