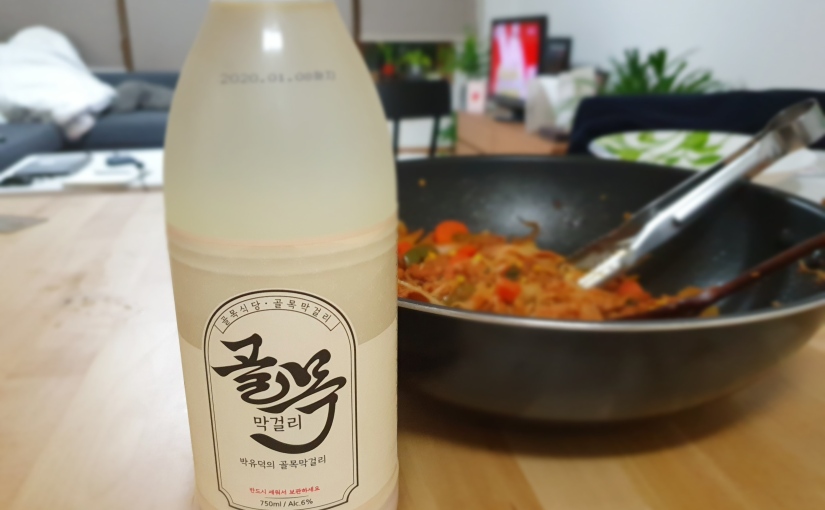 골목 or”alley” Makgeolli was actually discovered on celebrity chef Baek Jong-won’s TV program ‘Alley Restaurant’ (백종원의 골목식당) on one of his trips to Daejeon. It is a very easy and pleasant makgeolli to drink, it is a little thin but without being watery and is one of those rice wines that you could easily drink all night. It is a simple but solid makgeolli that does have you raising your hand towards the nearest waiter for another. Park Yoo-Deok who brews the makgeolli said that he has purposefully focused on the use of good quality water and has kept the taste more “neutral” so it goes better with food. 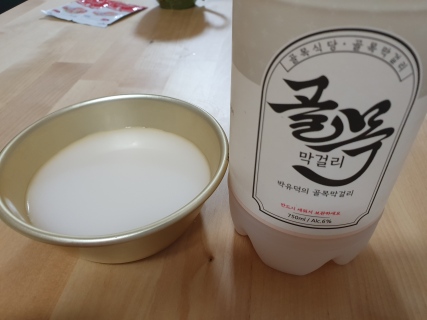 The concept of Baek’s program is similar to that of Gordon Ramsay’s kitchen nightmares where he goes and helps struggling restaurants. In this episode he met Park and upon drinking some declared it to be so good he “could take a bath in it”. It has now become as common in the fridge as a bottle of Soju and given how successful Baek is at turning companies around it could and should grow from strength to strength. Park has said that depending on the success of 골목 he may think about producing more “premium” rice wines in the future. 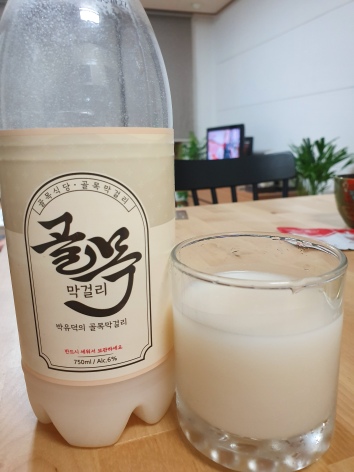 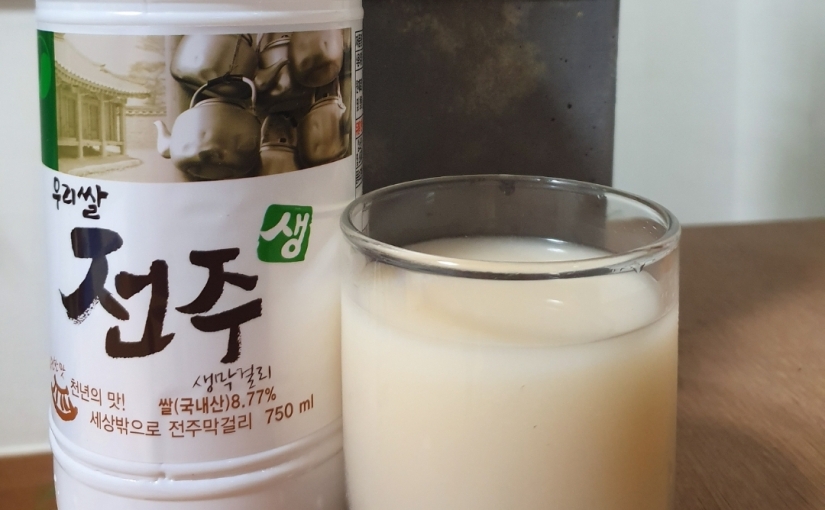 Jeonju Saeng Makgeolli has an almost nutty aroma to it and has a slight, but definitely not overpowering, sweetish taste. Made by the Jeonju Casting brewery it does only have an strength of 5.5% which is a little lower than your normal makgeolli and is quite surprising given the relatively strong taste. It needs a good sake before drinking in order to make sure that it is properly mixed. END_OF_DOCUMENT_TOKEN_TO_BE_REPLACED 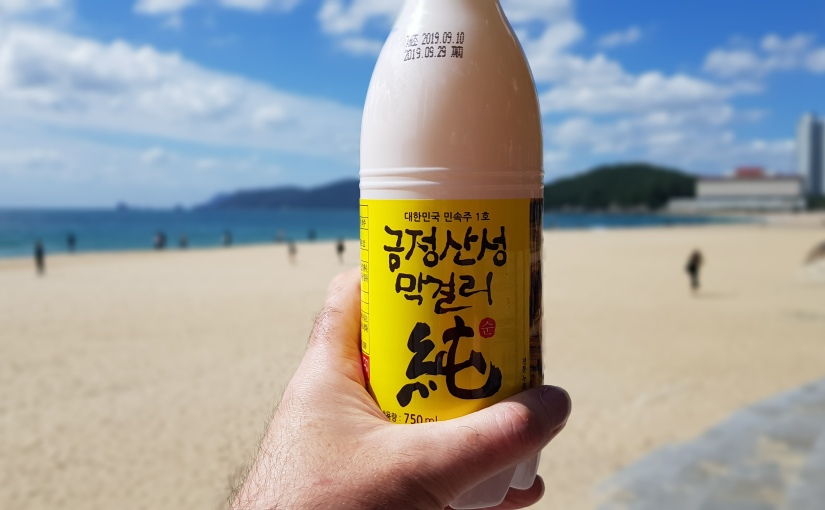 Geumjeongsan Seong, or Geumjeong Mountain Fortress Makgeolli is widely regarded as one of Korea’s finest rice wines and to be honest it’s difficult to argue with that accolade. It’s a little thicker than a lot of other makgeolli out there and that becomes even more apparent when you’ve had a couple of bottles of something else before it. It has a distinctive taste, which lingers long after you’ve finished your cup and has an aroma that would make one of those pretentious wine drinkers sniff over and over. It is a little bitter but then again I am beginning to think most of the best ones are. END_OF_DOCUMENT_TOKEN_TO_BE_REPLACED 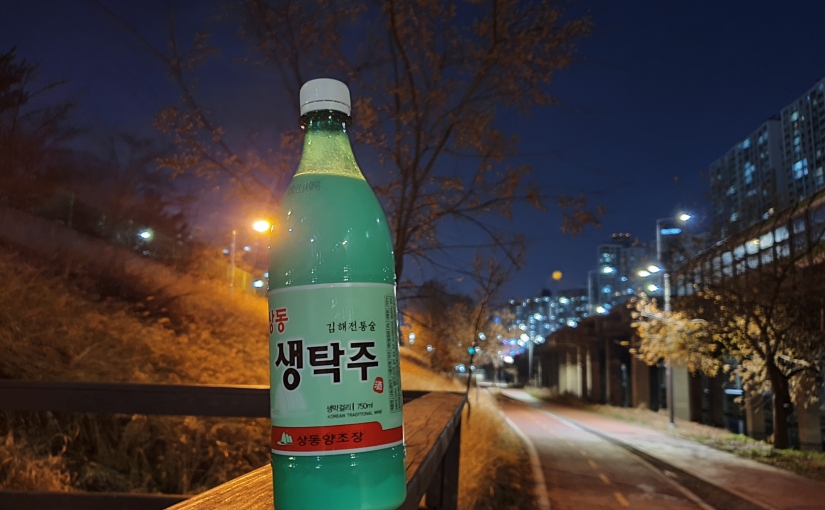 Made by Sangdong Brewery in Gimhae City Sangdong Saeng Takju has a very distinctive and sweetly sour taste which could suck in the jaws of even the hardest of faces. It has a particularly short shelf-life of roughly 10 days which is great for giving you an excuse to crack a bottle open after you’ve already upset the wife with an all-day session. It’s really light without being overly watery and is a pretty damn good rice wine once you prise your jaws back open that is although the strong sweet and sourness does mean that it’s not going to be a two-bottle affair. END_OF_DOCUMENT_TOKEN_TO_BE_REPLACED 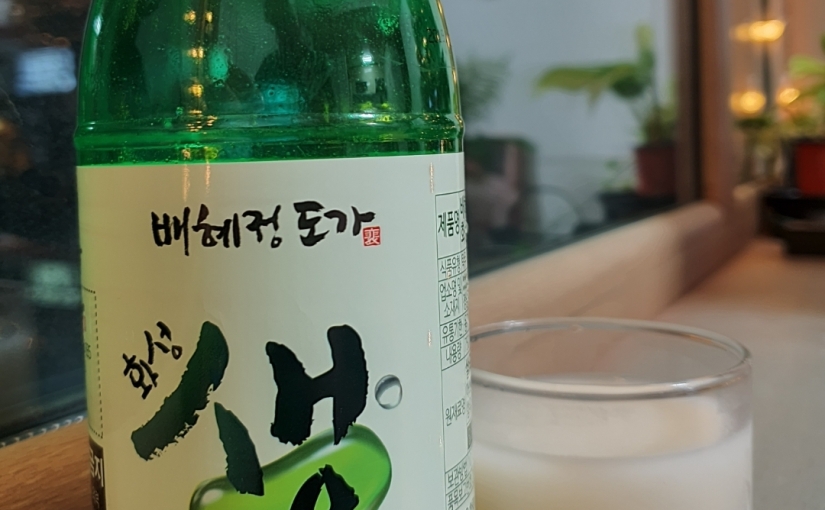 Made by the same people who brought us Horangi Draft, Hwaseong Saeng Makgeolli has a slightly bitter taste although not too strong. It, unfortunately, feels a little watery as you are drinking it which kind of takes away from the bitterness leaving  you feeling slightly underwhelmed and disappointed. It is light and would make be a reasonably good choice on a sunny day down the park but it lacks the body of a truly great sour rice wine. END_OF_DOCUMENT_TOKEN_TO_BE_REPLACED 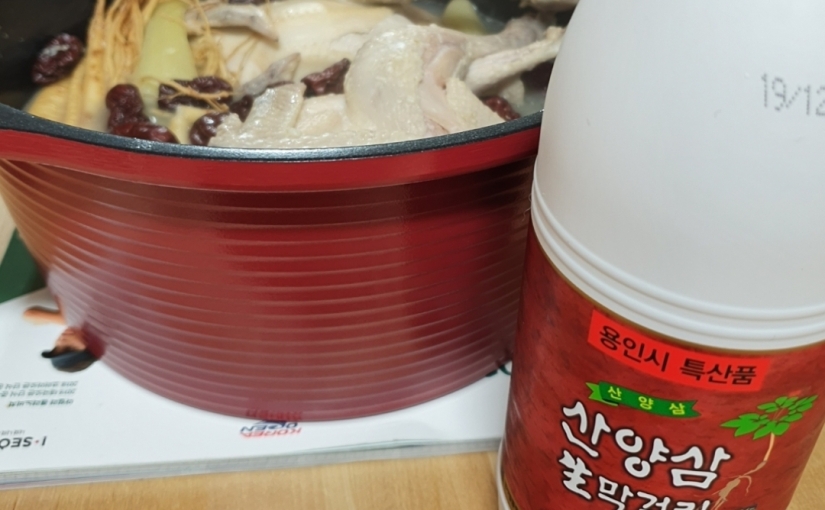 Unlike some other ginseng ricewines on the market, Sanyangsam is considerably less bitter than others and in fact doesn’t contain the all too often overwhelming assault on your taste buds and/or nostrils that so many seem to pride themselves on.  It is a slightly chalky and fizzy makgeolli and despite lacking in any ginseng flavour (hence the 2.5 score) it isn’t too bad. It goes down easily enough without ever really making you think about jumping back on the Everland subway line in pursuit of a 2nd bottle. END_OF_DOCUMENT_TOKEN_TO_BE_REPLACED 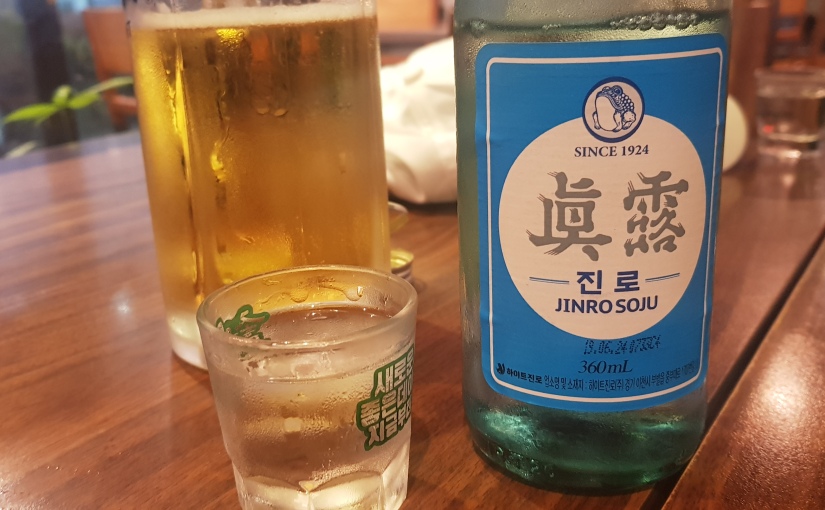 In a meeting room, early 2019, somewhere in Hitejinro HQ a decision was made that would completely change the face of almost every restaurant table in Korea as the idea of “Jinro Is Back” was birthed and a new bottle was about to hit the already saturated Soju scene. Korea has been adopting something of a return to retro designs of late and those marketing-savvy gents at Hitejinro were not to be left behind. “Jinro Is Back” saw a move away from the iconic green Soju bottle as the company returned to the 70’s with their blue bottle and brand logo of a toad. END_OF_DOCUMENT_TOKEN_TO_BE_REPLACED

The Sool Sleuth
Blog at WordPress.com.